Serving domestic and commercial clients in the North East

with the highest standards of arboricultural care for over 30 years.

Ash Dieback disease is becoming increasingly prevalent in North East England. Please read below to learn what steps you should take if your Ash trees are affected.

Ash Die Back disease was first confirmed in Britain in 2012, it is a disease caused by a wind born fungus called Hymenoscyphus fraxineus.

The fungus can land on any part of the tree from base of trunk to leaf tips, where it enters through pores in the bark. As the fungus grows it destroys the trees vascular tissue under bark which transports water and nutrients to the tree structure – this lack of water & nutrients reaching parts of the tree, causes ‘Die Back’ and branches to fail.

When infected leaves fall, they start the fungal life cycle again – the more infected leaves the greater the number of spores. Trees that are situated in open fields where animals graze the leaves, or parks & gardens where leaves are collected appear to be affected at a slower rate than hedgerow or woodland trees, for example where the leaves do not get removed from the ground beneath trees. Spores can travel up to 70 kilometres on winds and survive for 3 years on leaf stalks.

Most Ash trees across UK are now showing symptoms of ash dieback, and it forecast that the majority of Ash will eventually die from this disease or be significantly affected in the coming years.

There is not any prevention or treatment at the present time, we are just hoping that a small percentage will have a tolerance to the fungus.

HOW ASH TREES ARE AFFECTED

Younger trees appear to be affected more than older mature trees, possible as they have thinner bark.

Symptoms can include leaves dying, branches dying and in some cases, though not always there are visible bark lesions on stems and branches that are typically diamond-shaped.

Trees are weakened to the point where they succumb to secondary infections and pathogens such as honey fungus which further affect the integrity of the timber, making felling hazardous.

Working with affected Ash trees over past few years we have observed that the speed of decline does vary – with some dying within 2 growing seasons, while others have been much slower to decline. Long spells of dry weather particularly in Spring seems to have an effect on the trees ability to survive.

As the trees decline in health they lose timber strength and integrity, making them prone to structural failure – management of trees and felling of infected trees becomes both dangerous and costly.

For this reason, it is strongly recommended to assess Ash trees on a regular basis, during the summer when they are on leaf.

IF YOU OWN ASH TREES

Owners of trees have a duty of care under the ‘Occupiers Liability Act’, to ensure your trees do not harm others.

To help you to do this:

Know locations of your Ash trees.

Find out if infection is present and its extent – use experts if necessary who are qualified to do this.

If trees become too dangerous to climb due to being severely affected, machinery such as MEWPS & Winches to fell will be needed for safe work.

If site or garden has poor access, removal of trees before they require machine assisted felling for example is important.

The longer diseased trees are left to deteriorate the more expensive it becomes to safely remove trees in areas of poor access.

If your trees are in lower risk situations, then maybe pollarding or branch removal to lesson chance of structural failure on targets but keeping trunks for biodiversity would be a good option.

Safe dismantle of a large Ash with severe Ash Die Back using a MEWP. Tree is being pollarded to retain for biodiversity value.
VIEW ALL SERVICES
VIEW GALLERY
GET IN TOUCH 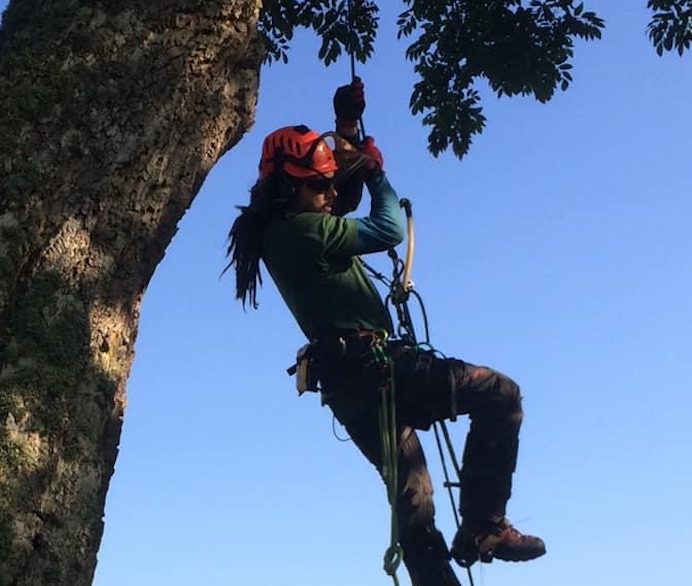 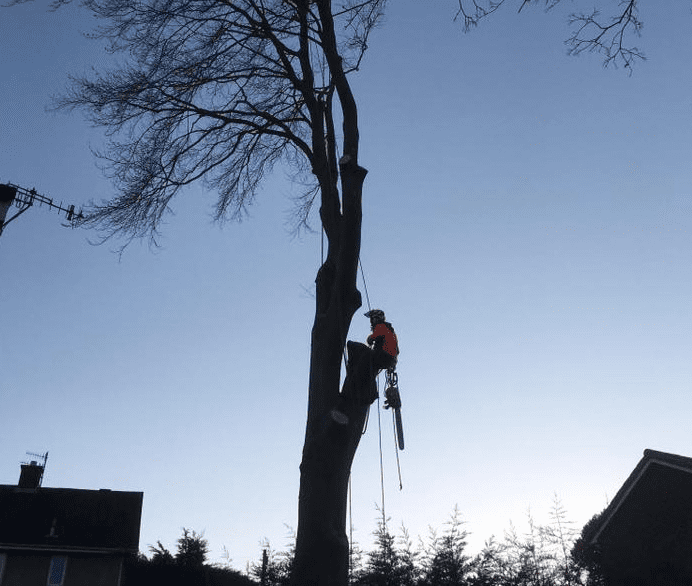 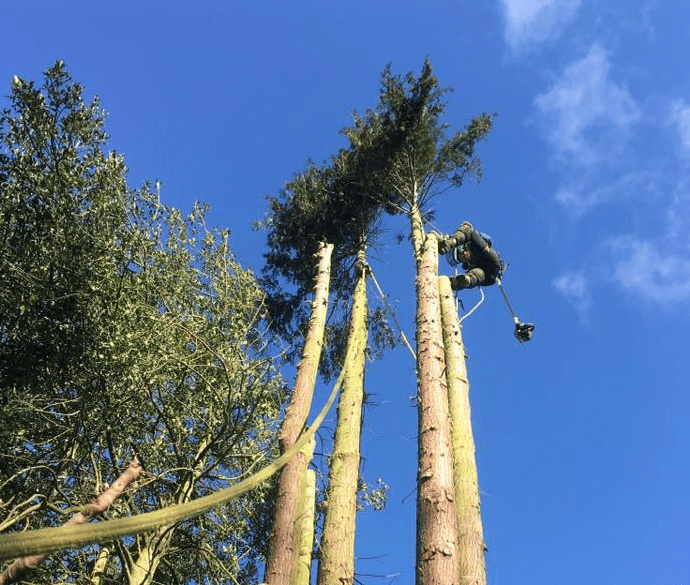 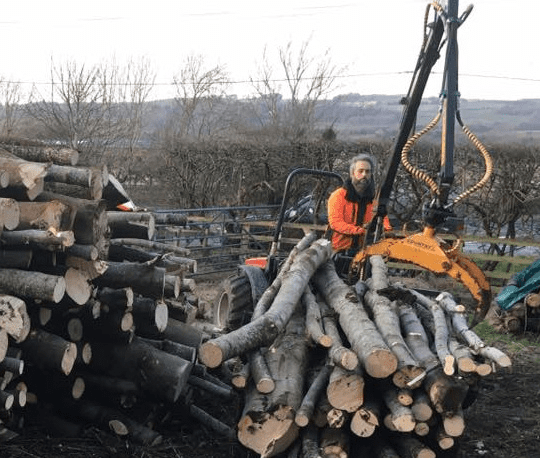 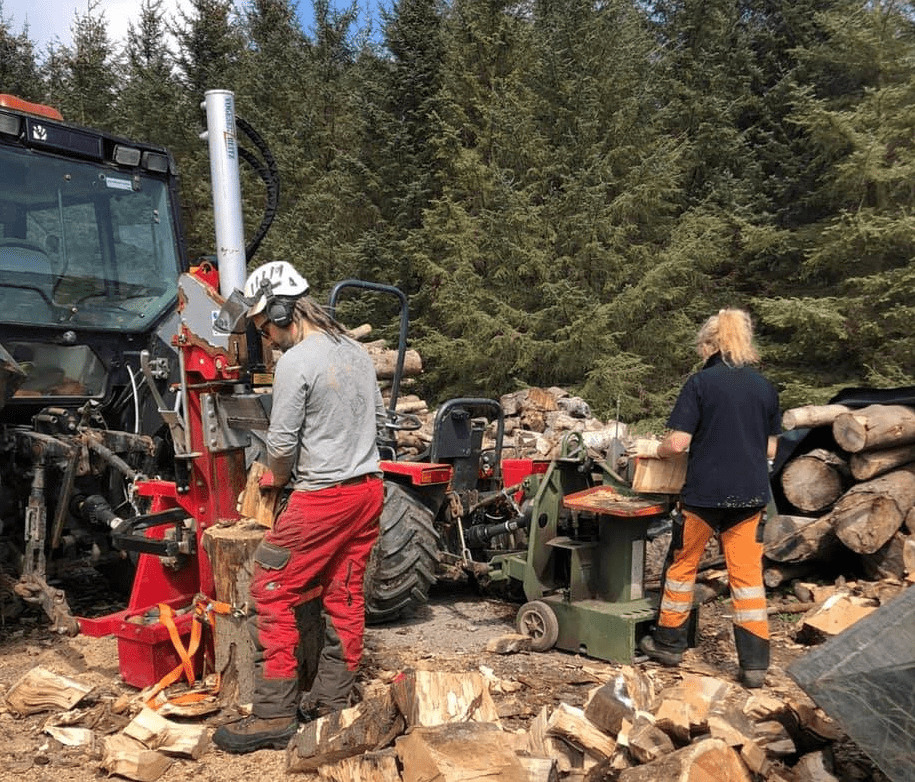 If you are looking for accredited arborists to maintain, reduce or remove trees or hedges on your property please call Wark Forest Landscapes.

We offer a wide range of tree surgery and maintenance services to homeowners in the North East and surrounding areas. To book an appointment, please call today on 01434 230 050 or 07970 783 706 or fill in the form. You can count on our friendly and experienced arborists to carry out the work in a professional manner and make sure that your garden is left clean and tidy.

We have around 20-30,000 trees growing for bulk wholesale customers.